Buy our cookbook Cork and Knife!

Is it possible for a cookie made without butter or flour to be the most delicious cookie we’ve ever tasted? The answer is a resounding YES. With only 3 essential ingredients: peanut butter, eggs and brown sugar, these cookies are practically a miracle. Crisp on the...
Read More

Hello, friends. You might have spotted that we haven't posted for quite a while now — the fact that we still have our Thanksgiving 2019 post on the front page is a constant source of embarrassment to us — so let me explain what's been going on. You'd better sit down,...
Read More

Creamy, cheesy Cheddar polenta with charred ramps (wild garlic) and grilled sausages: a dish made for Spring. The sweetness in the corn pairs beautifully with extra-sharp cheddar cheese, and a topping of garlicky grilled ramps is as delicious as it is simple. If ramps...
Read More 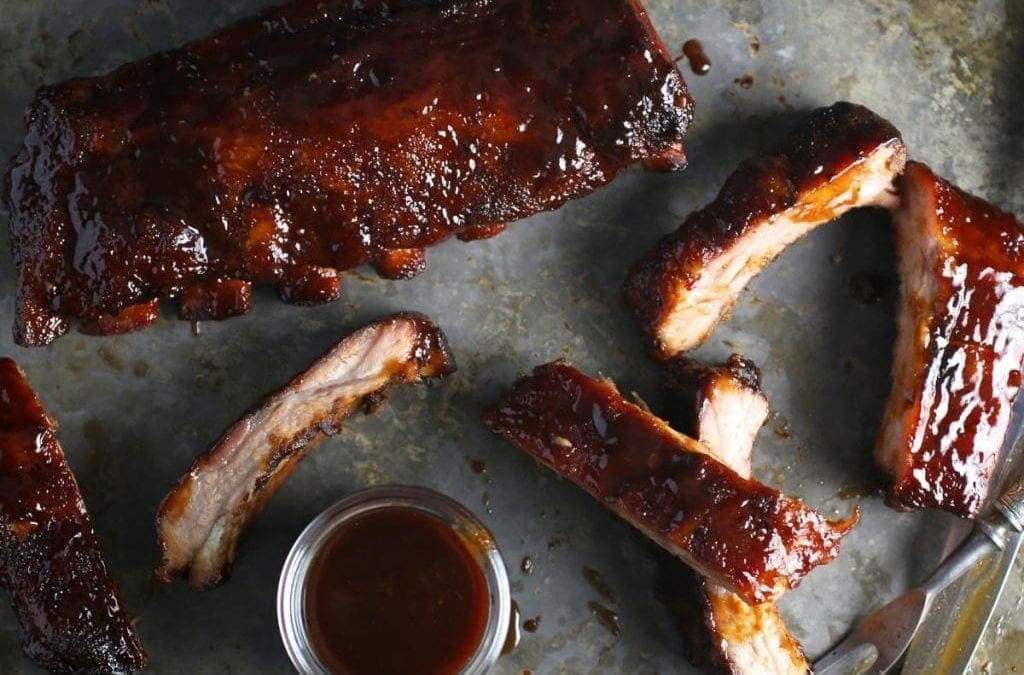 Our new cookbook is out now — and its focus is one of our favorite ingredients: booze! We show you how to use the cooking properties of beer, wine, bourbon and more to make your dishes pop! 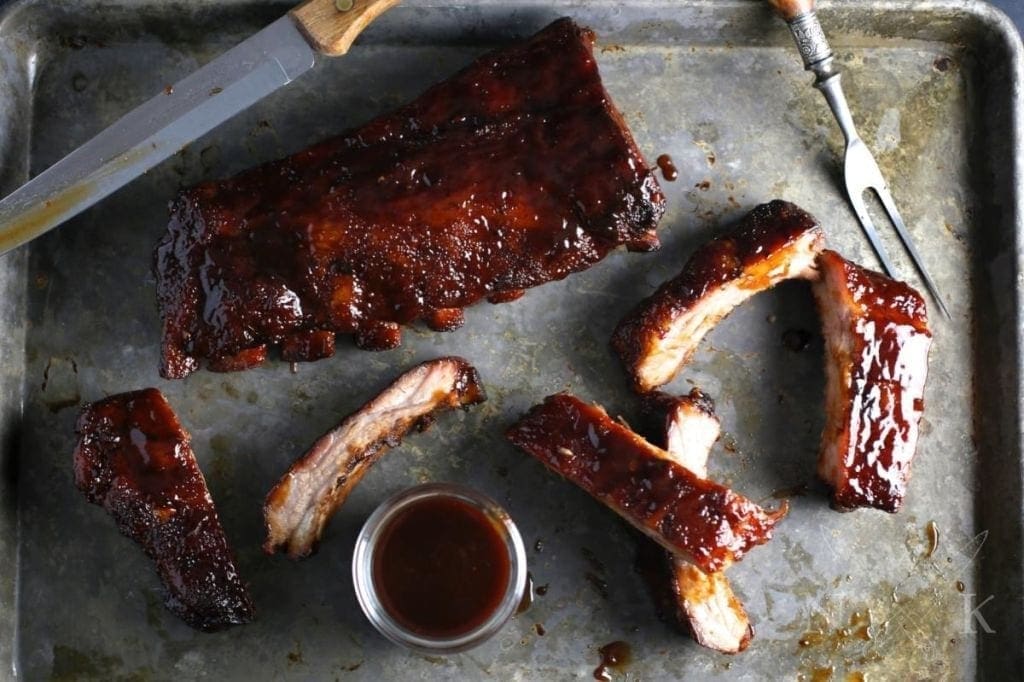 You don’t have to be a grill master to make perfect bourbon honey ribs because there is an easy, no-fuss technique that works every single time. And our homemade BBQ sauce will knock your oven-mitts off. It’s sweet, spicy and you’re going to want to slather it on everything!

(While we’re catching up on some site administration behind the scenes – and recovering from exhausting winter colds – we decided this recipe from a few years back would be a great fit for any upcoming sporty-type television events. This was originally posted as a summer recipe, but since these ribs get cooked in your oven, you can make them every damn month of the year, rain or shine.)

Back when I was just a wee sprout gazing through my window at New York City, I often wondered what life would be like if I lived in a house instead of an apartment. What it would be like to stand outside on a patch of earth and say “mine!” and know it was true.

Well, it took me a very long time to get there but I finally got my little patch. The fact that it’s a hilly, weedy little patch covered with poison ivy and crab grass doesn’t dampen my enthusiasm one bit. Okay, maybe a little bit, but just you wait, in twenty or thirty years this yard will be … a tiny bit nicer (we work slowly). 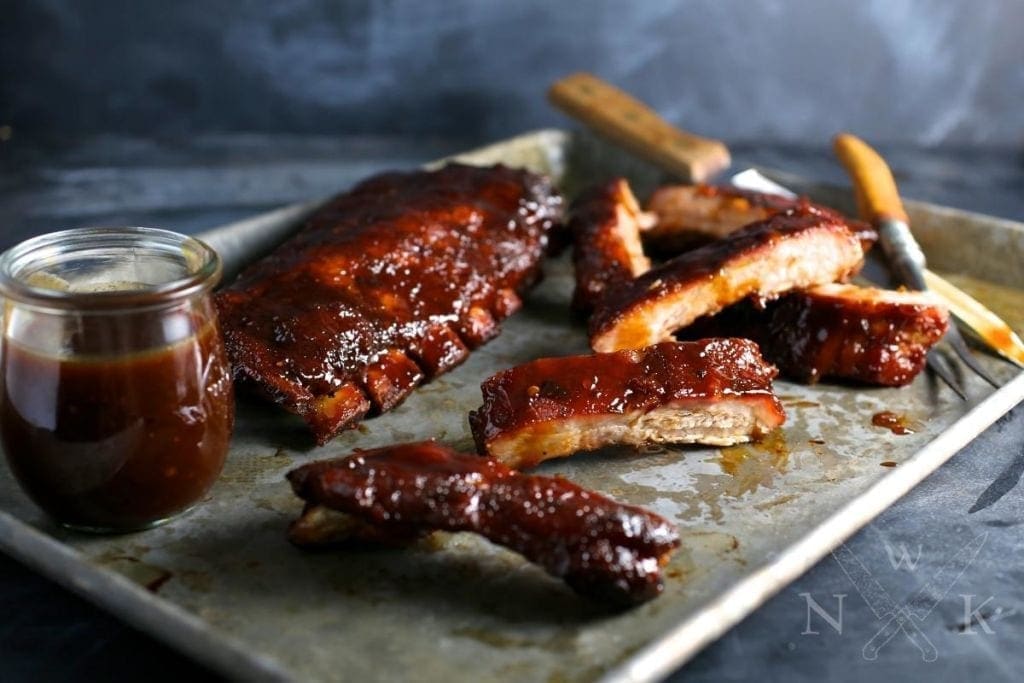 This Spicy Bourbon-Honey BBQ Sauce is so good, I want it on everything.

END_OF_DOCUMENT_TOKEN_TO_BE_REPLACED

The page you requested could not be found. Try refining your search, or use the navigation above to locate the post.